Skip to content
You are here
Home > News > AGM 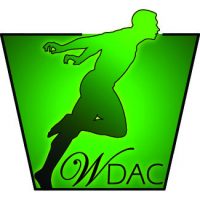 This post is to notify you that the W&DAC AGM will be held on Tuesday 18 April at 7.45pm after training. There will be tea, coffee and refreshments available. The meeting will last approximately half an hour.

For those who are not aware, the AGM is held yearly and is where the Committee are elected, the Accounts are reviewed by members and any other pertinent issues are discussed.

A draft Agenda for the AGM has been sent out to all current members via email along with draft Club accounts (up to end of February 2017) and minutes from the last AGM. If you would like to raise a question on a particular matter, e.g. accounts, please try and forward it to Steph in advance so we can look into the query before the AGM.

As we are proposing to amend the Committee structure in advance of the AGM (by the EGM on 4 April), a summary of the positions which should be up for election has also been emailed out. Nominations for a position need to be sent to Steph by email Friday 14 April at 7pm. Your nomination must contain a short paragraph stating why you are standing for this role. You can apply for more than one role. The elections will differ from last year in that we will not be advising whether or not a current committee member is willing to stand again for their role. This is to ensure that anyone who wants to stand has a fair chance to do so and is not influenced by the current committee member.

All positions are up for election. If there is more than one candidate, we shall hold a secret ballot using ballot papers to ensure all nominees get a fair chance. If there is only one candidate for a role, the Chairperson shall suggest this person to the membership to fill the role.